Far, far west, past the tumbling hills and reaching heights, there lived thirteen tribes. Each tribe dedicated to a lifestyle and otherworldly animal(s) to guide them. These spirit animals only showed themselves to the tribes they represented or very rarely to the other tribes as messengers or portents, and as such, shamans where needed to speak to spirits other than the ones guiding any given tribe. Being guided by these spirits animals has caused the tribes to take to being represented by them and, to outsiders, their meanings and representations where clear… for the most part as the meanings went VERY far and deep indeed. It should be noted here, that the spirit animals where actually seen/viewed/observed and interacted with by the respective tribes and their members, and where as common place as beggars on streets.

For example, the tribe of the owl was one that observed, watched, and lived nocturnally – the tribes people ONLY allowed to hunt, fight, eat, cook,…etc at night and trained to “watch” everything. Their mages trained with magics to see anywhere in the world and their hunters, though blind folded at night, could track anything. To them, “mice” where a delicacy and “rats” where to be killed on sight, thought what was a “mouse” or “rat” would have to be interpreted. A “mouse” could be a song and therefore a delicacy for the soul, and a “rat” could be a piece of modern contemporary chilaxian art, worthy only of being burned and the artist flayed alive.

Not so obvious to outsiders where other tribes who’s animals where considered by many to be disgusting, such as the tribe of the crow/raven. The tribe of the crow was a nomadic tribe, one of three, out of the thirteen and lived on the plains and pastures. They DID NOT in fact feed off of the dead or carrion but fed off of ideas of ancient civilizations and other cultures and societies. In this way, they where scavengers, seekers of knowledge, survivors, and the fastest to adopt new things and adapt the old.

That was all that was left. 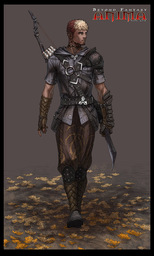